Electronic Games Recreation Solution Inc. (EGRSI) is a corporation duly registered with the Securities and Exchange Commission (SEC). EGRSI is an electronic gaming operator accredited by the Philippine Amusement and Gaming Corporation (PAGCOR), under the Gaming and Entertainment Platform, and is in compliance with the rules and regulations of the Bureau of Internal Revenue (BIR). 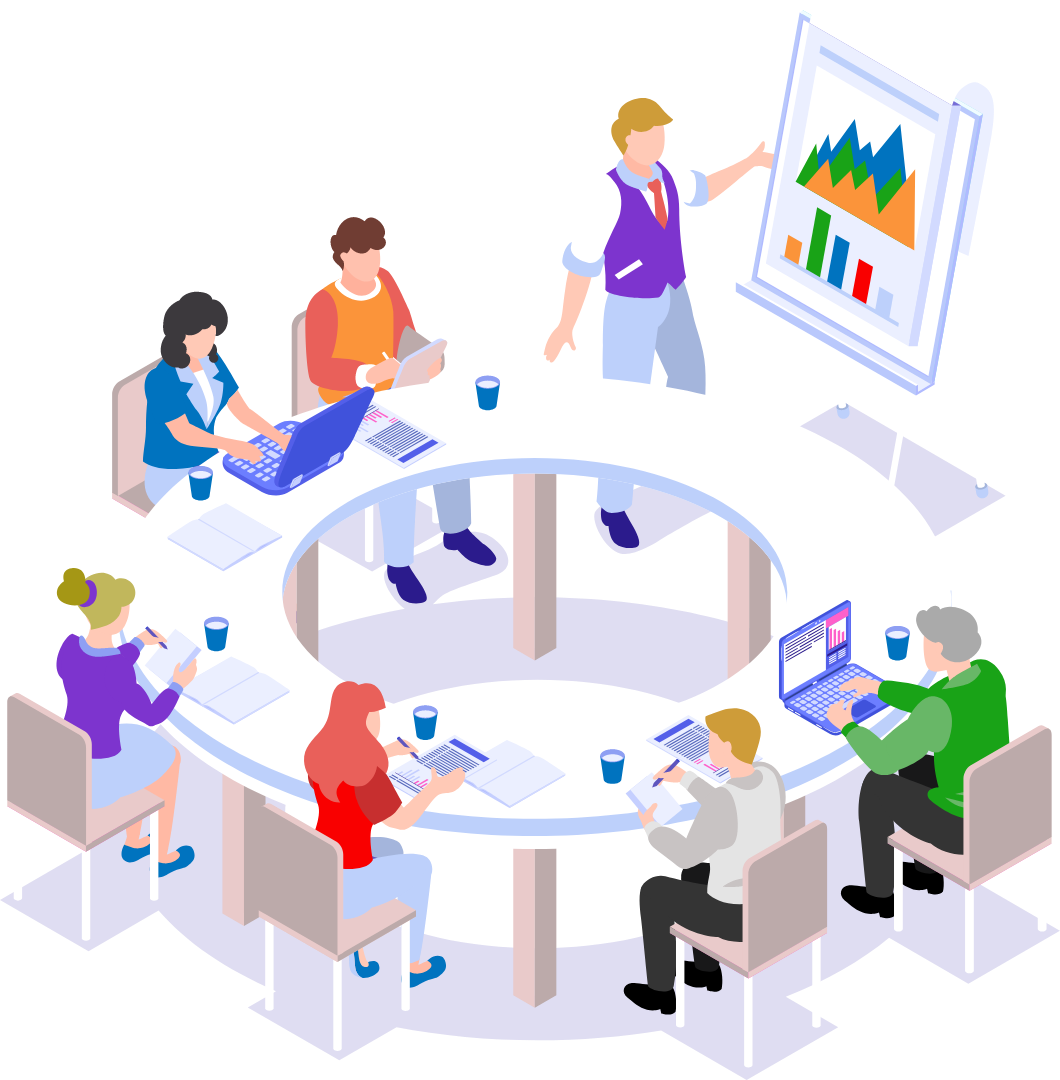 To maintain a fair and enjoyable gaming experience for players.

To provide a viable ecosystem for online gaming PLAYERS, PROMOTERS and PAGCOR through a fair, robust, innovative, creative and transparent ICT solutions platform.

To provide a SECURE, SAFE and USER-FRIENDY with COVID-compliant protocol while players enjoy online gaming experience. 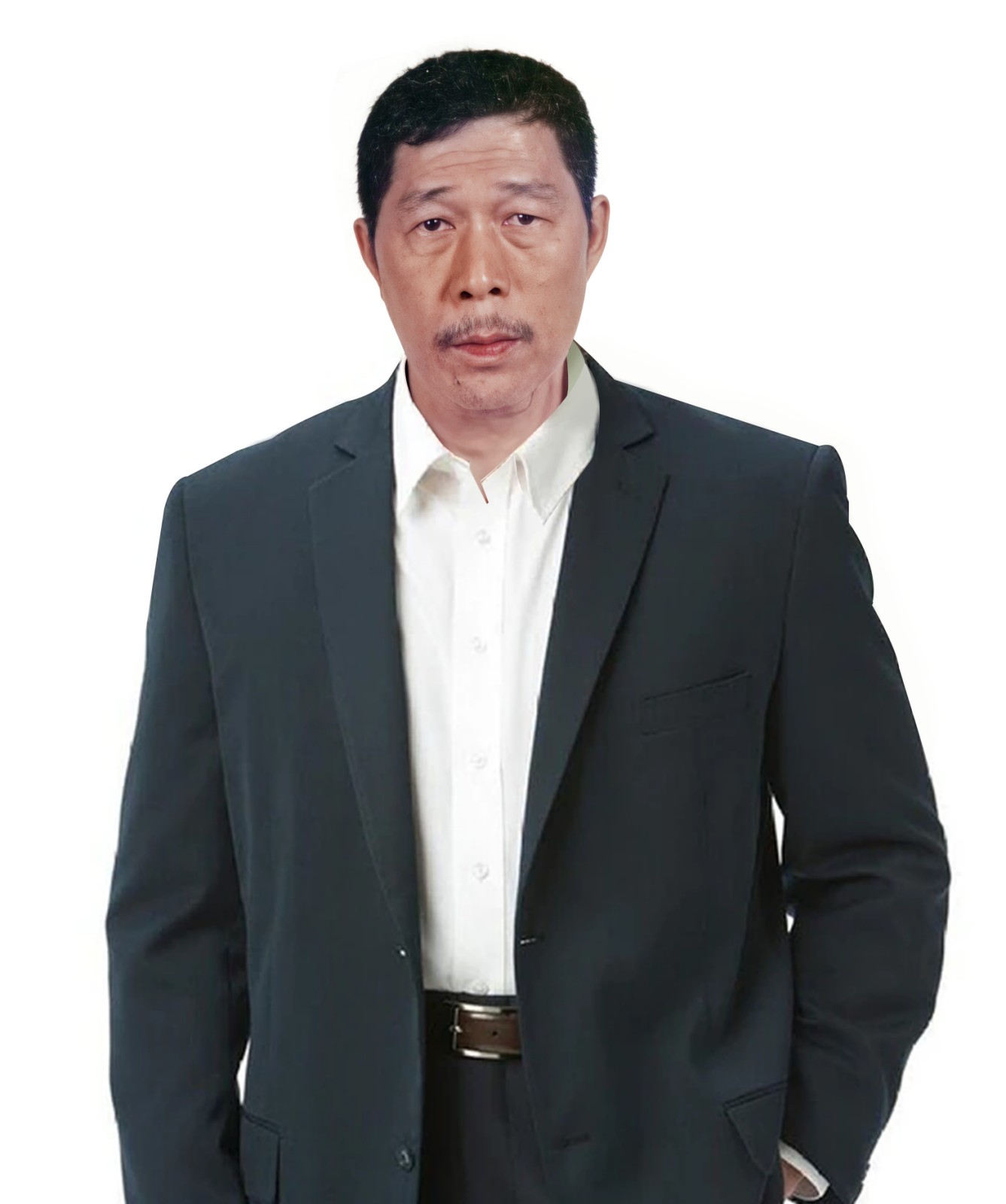 A very well-known personality in the cockfighting/sabong industry with so much knowledge in breeding cocks. He is recognized by breeders as well as cockpit showgrounds as an individual who always stands for a fair game. He has vast experience – more than 30 years – in the amusement, games and entertainment industry. With his familiarity and engagement in the said activities, Antonio can create a big contribution to the Electronic Games Recreation Solutions Inc. (EGRSI) as a promoter of the online games. Aside from being a legal gambler, Antonio is a God-fearing person who loves his family unconditionally. 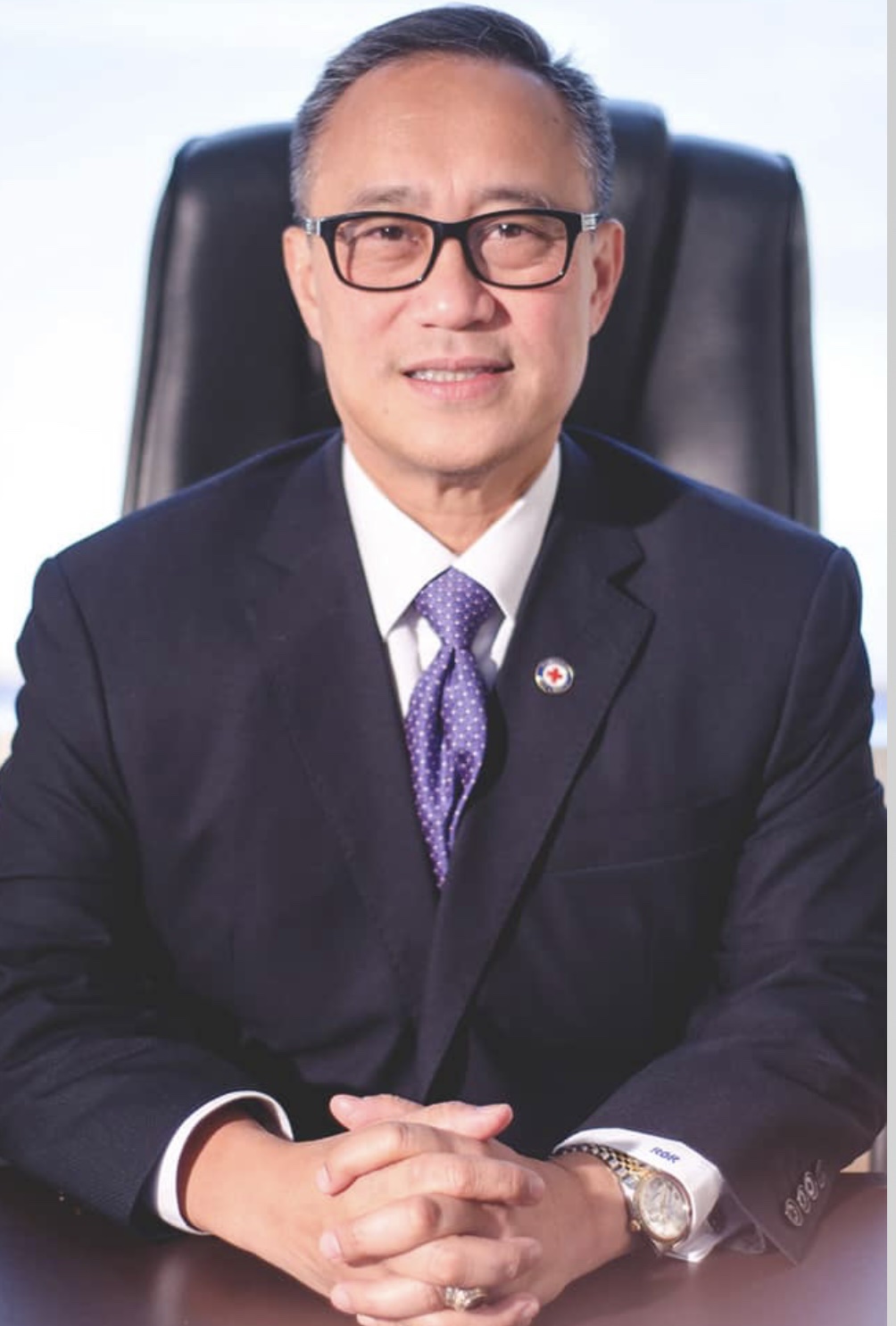 Atty. Rodolfo “Inky” O. Reyes is currently Managing Partner of the Gordon Reyes Viado & Blanco Law Offices (GDR Law). He is a B.S. Business Economics and Bachelor of Laws graduate of the University of the Philippines.

He has had extensive legal experience in the fields of taxation, corporate law, labor law, and litigation. Together with Sen. Richard “Dick” Gordon, Atty. Reyes drafted the Subic freeport provisions of Republic Act No. 7227 which created the Bases Conversion Development Authority (“BCDA”) and the Subic Bay Metropolitan Authority (SBMA). He worked with the World Bank and multi-government agencies in drafting the Implementing Regulations of the SBMA, and served as the authority’s Deputy Administrator for Administration, Chief of Staff and Corporate Secretary of the SBMA from 1992 to 1996. His four-year tenure at the SBMA saw the creation of over 40,000 jobs, the influx of over U.S.$1.0 Billion worth of investments, and the outflow of over U.S.$1.0 Billion in exports. He negotiated the major contracts in Subic including Federal Express, Coastal Petroleum, Subic Bay Legenda Resort Hotel & Casino and the Subic Bay Yacht Club.

After his SBMA stint, then Presidents Fidel V. Ramos and Joseph E. Estrada appointed Atty. Reyes to serve as the first Administrator & Chief Executive Officer of the Cagayan Economic Zone Authority from 1997 to 2001. In 2002 and until his entry into the Firm in 2007, Atty. Reyes joined SyCip Gorres Velayo & Co. (Ernst & Young) where he handled corporate and tax services for the firm’s largest clients. He was later on appointed as Managing Director of SGV’s Knowledge Institute.

Atty. Reyes is also active in professional and socio-civic activities. He is a Governor of the Philippine Red Cross, a position he has held since 2005. He served as President of the Rotary Club of Makati Dasmariñas, R.I. District 3830, and has held various positions in the District, including Coordinating Chairperson for Red Cross Projects. He is incoming Chief of Staff and Chair of Rotary-Red Cross Partnership of the Incoming District Governor for RY 2021-2022. He has also held committee positions in the International Federation of Red Cross and Red Crescent Societies (IFRC), having served on the Reference Group on Migration, and is currently serving in the Compliance and Mediation Committee (CMC) which investigates breaches of integrity and mediates between opposing factions in national societies all over the world.

Last, but not least, he is active in Victory Christian Fellowship where he leads a Victory Bible study groups and teaches during spiritual retreats. He also leads discussion groups in Bible Study Fellowship (BSF) and serves in the Legal Advisory Group of the Justice Peace and Reconciliation Committee (JPARCOM) of the Philippine Council for Evangelical Churches (PCEC).

He is married to Aimee Vesagas-Reyes of Butuan City, and has three adult sons – Barry, Kevin and Ralph. He plays golf, softball and bowling and loves fishing. 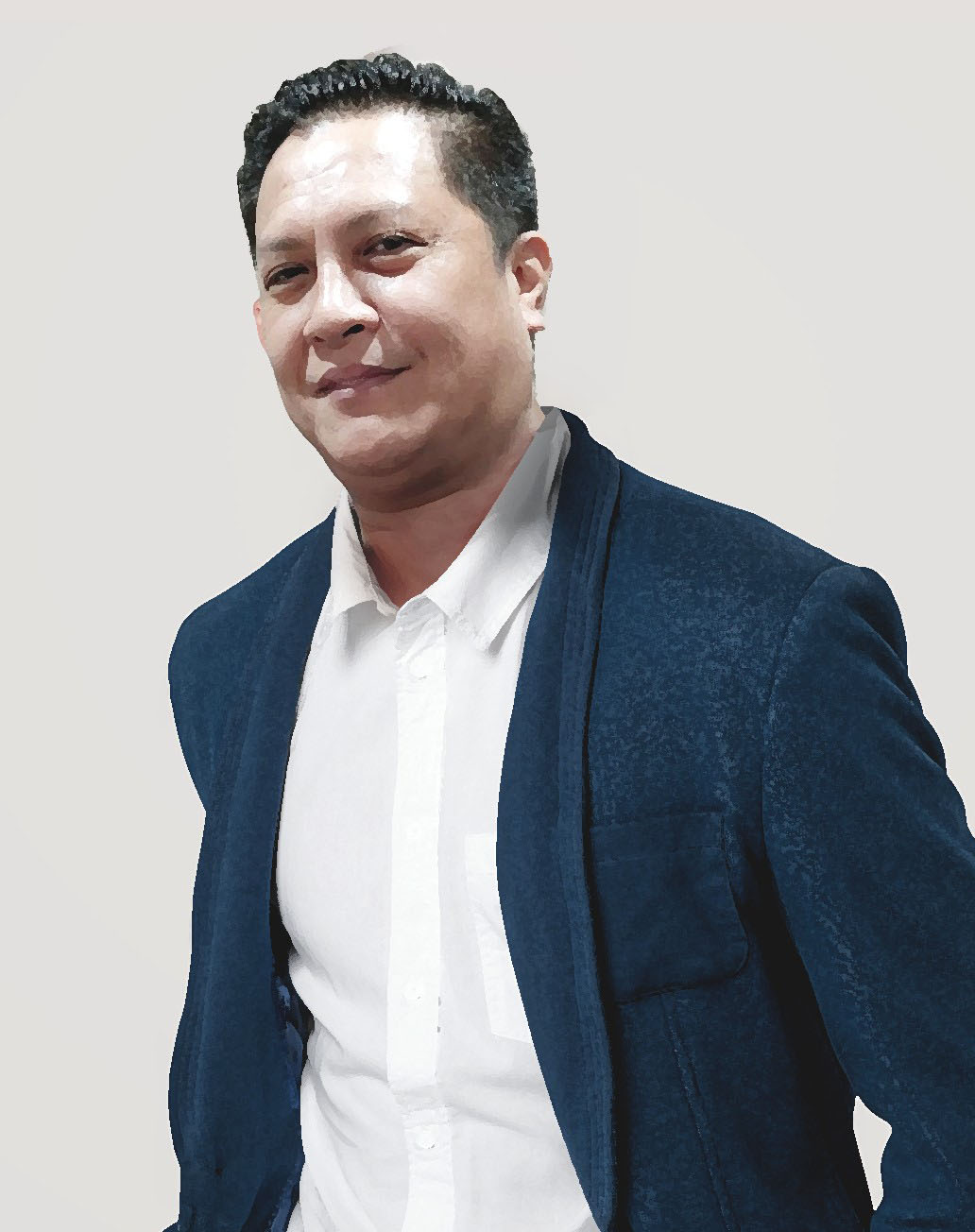 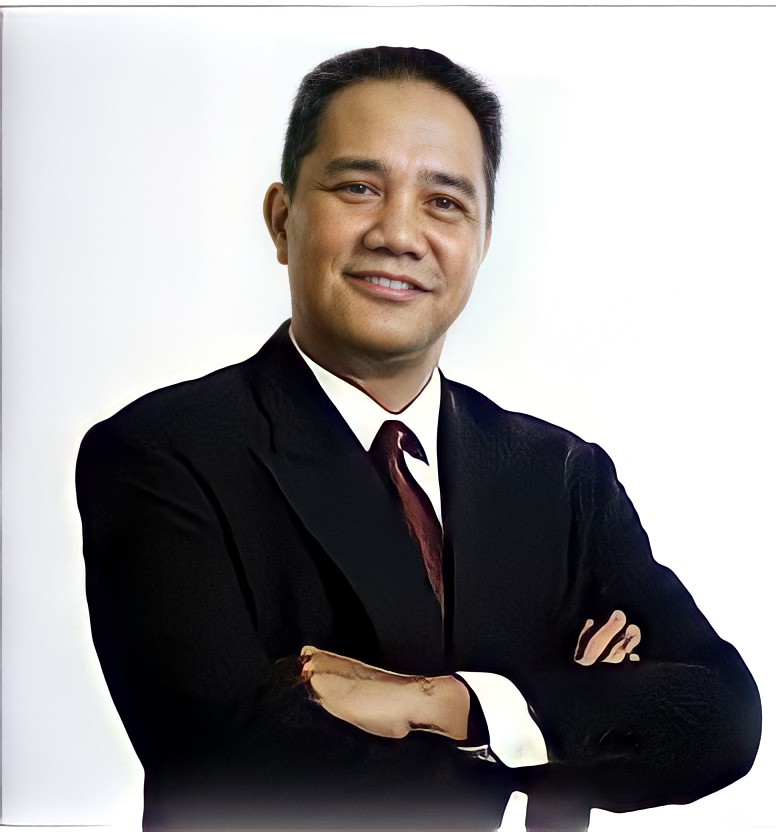 A 35-year IT Professional with various experience and held executive positions in multinational corporations (Unisys, Siemens, Nokia, Dimension Data) in Customer Support, Sales and Marketing, Business Development, Project Management and Data Privacy. Former associate member of the Association of Project Management (APM) of the UK and current Lead for Training and Certification, National Association of Data Protection Officers of the Philippines. Graduate of the Don Bosco Technical College. 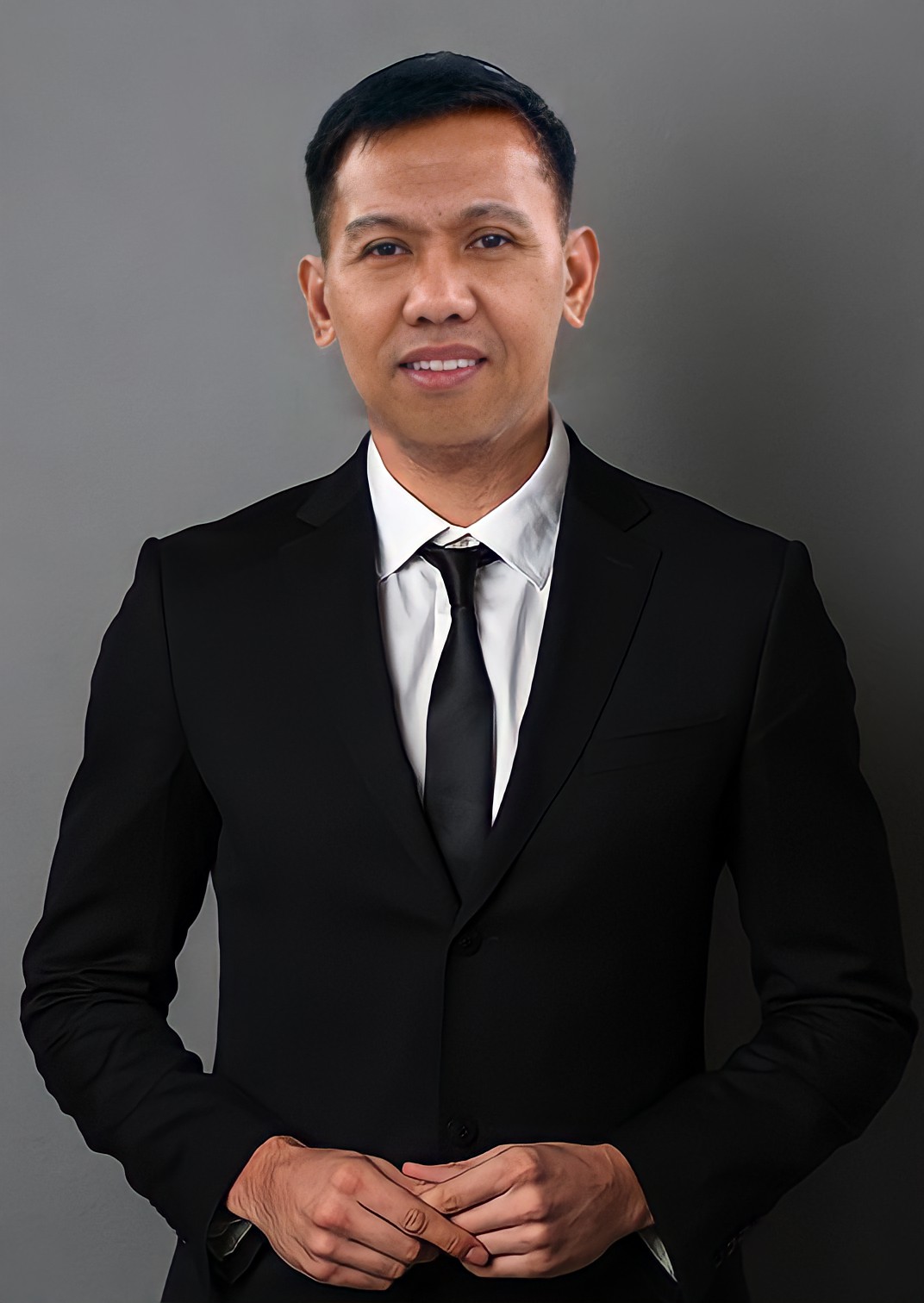 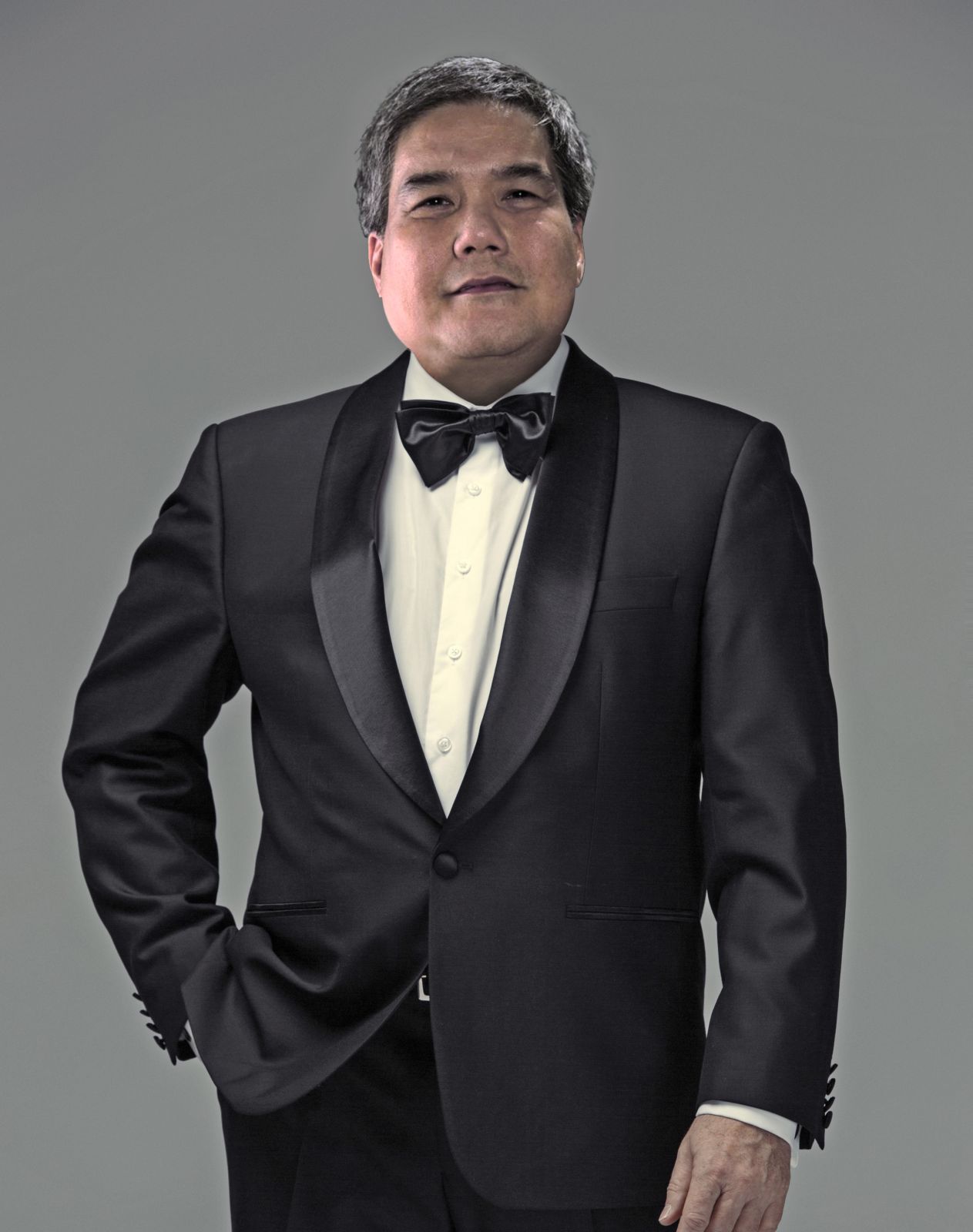 “I am responsible for my actions. All I can do is confront current realities without ever losing sight of my vision for the future. No complaints, no excuses — just get the job done right, one step at a time, all the time."

A graduate of Bachelor of Science in Computer Engineering from AMA Computer College, Philippines, he was conferred conferred a Doctorate degree, Honoris Causa, in Information Technolocy by Gordon College of Olongapo City in 2010,

Engr. Jay started modestly by importing SIMM RAMs, computer accessories and peripherals. In 1994, he established an IT company called the King of Memory. His exceptional skills in marketing innovative IT propelled King of Memory to an unparalleled achievement of being the number one supplier of memory chips in the Philippines in 1995-1996, supplying to more than 90% of the IT companies in the country, including IBM, HP, ACER, Dell and among others.

At the age of 29, in 1998, Engr. Jay was elected as the 50th and the youngest President of the Pasay City Host Lion's Club. During his term, as President of Lion’s Club, he generated US$3.0 Million as funds for various socio-civic projects. He instigated numerous socio-civic projects including the building of a computer laboratory and sponsoring the schooling of 700 needy students across the Philippines. His incessant and selfless contributions to the community made him the Gintong Ama Awardee, Media for Unity and Progress Awardee, and Kalayaan Awardee in 1999

In 2007, Engr. Jay established Pilipinas Micro-Matrix Technology (PMT Joint Venture) Inc. to meet the rising demands of the wireless solutions infrastructure in the country. Providing Information and Communications Technology (ICT) Solutions to the government agencies and private sectors has been the core business of PMTI. As the CEO, Mr. Son has proactively been engaged in technical consultancy, supply, design and installation of systems across the country.

He has also been dealing and working on the projects of the BIR since 2010. He was awarded a contract to develop the BIR’s Mobile Revenue Collection Officers System (MRCOS) which is a mobile application running on a POS Terminal and used to collect and record tax payment in the various Revenue District Offices (RDOs). In 2015, he accepted a contract from the Department of Trade and Industry (DTI) for the Customization/Development, Integration, Installation, Implementation, Operation and Maintenance of the Systems Enhancement for the Philippine Business Registry (PBR) and Business Name Registration System (BNRS). Currently, Engr. Jay is still engaged with these government agencies for various IT projects.

We have developed separate platforms to ensure safety and data security of each and everyone who will join the platform.

Anchor of the Platform